Coconut Milk Vs. Coconut Cream Vs. Cream Of Coconut 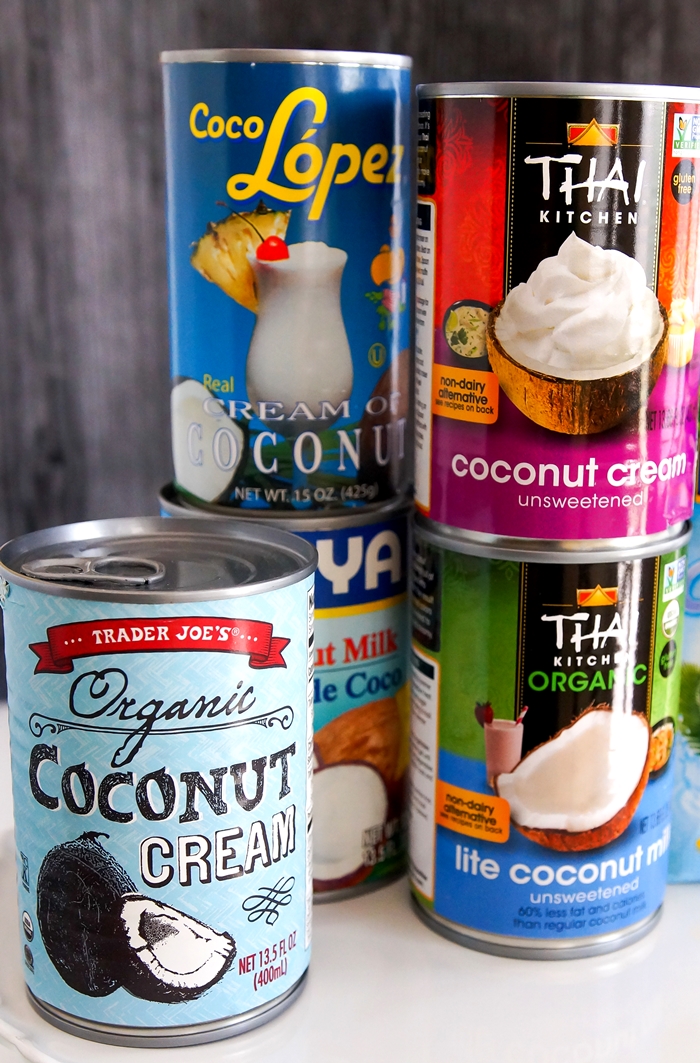 My pantry is filled with all things coconut. Shredded coconut, both unsweetened and sweetened. Coconut oil. Coconut butter. And, yes, coconut milk, cream, and cream of coconut. The only thing I'm missing is an actual coconut.

Oh...well, I guess I don't have coconut water. That's because it is gross. Please don't send hate mail. 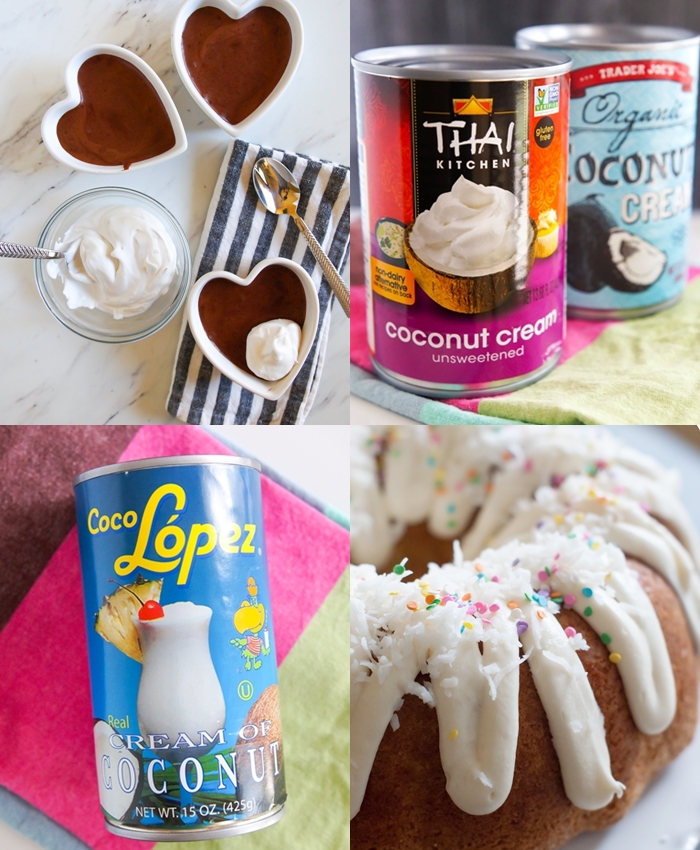 What's the difference between coconut milk, coconut cream, and cream of coconut?

You are not alone if you've been confused when shopping for coconut milk for a recipe. Milk, cream, "cream of" – is there a difference? Can you swap one for another? Let's talk coconut milk. 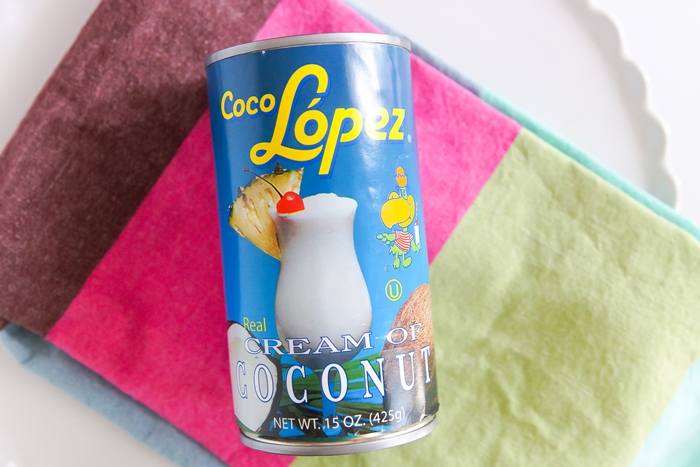 This is killer in a pina colada, but not so much in your coconut curry. Cream of coconut is sweet with added sugar and is traditionally used in cocktails. My grocery store stocks this in the mixers section. You'll also be likely to find it at the liquor store.

I happen to love it for making coconut desserts.

Do NOT use this as a substitute for coconut cream or coconut milk. I'm sorry to say that if your recipe calls for "cream of coconut," you'll have to make that trip to the store. IT WILL BE TOTALLY WORTH IT! 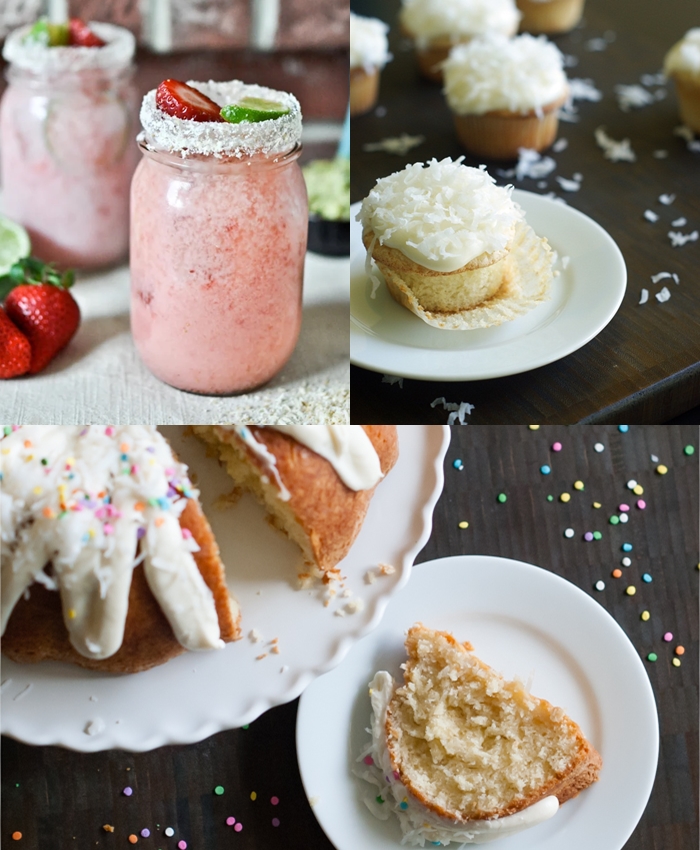 Cream of Coconut Recipes to try: 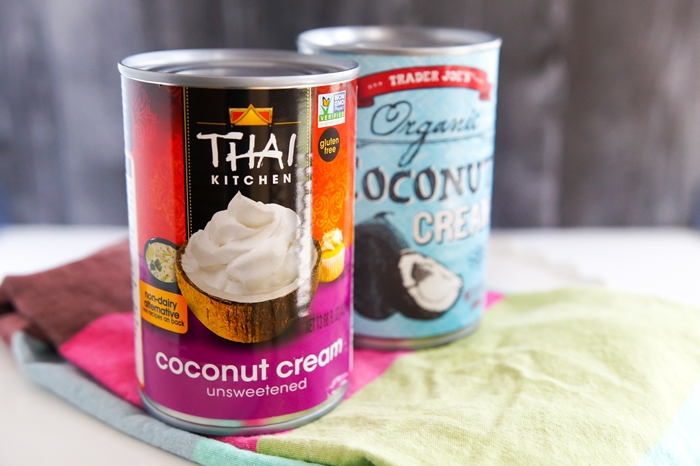 Both coconut cream and coconut milk are made by combining coconut meat with water. Coconut cream uses a higher ratio of the flesh and has more fat. You'll find coconut cream is used frequently in dessert recipes but can be subbed for coconut milk if you're looking for an ekstrathick curry sauce. (This Summer Coconut Chickpea Curry from Half Bake Harvest looks fantastic.)

Coconut Cream really lends itself to mousses and super creamy applications. You'll see it in the recipes below. That chocolate mousse is one of my favorites! Many times, the chocolate flavor will overpower the coconut, so the recipe doesn't scream coconut. (It is fun to scream "COCONUT," though, sometimes.) 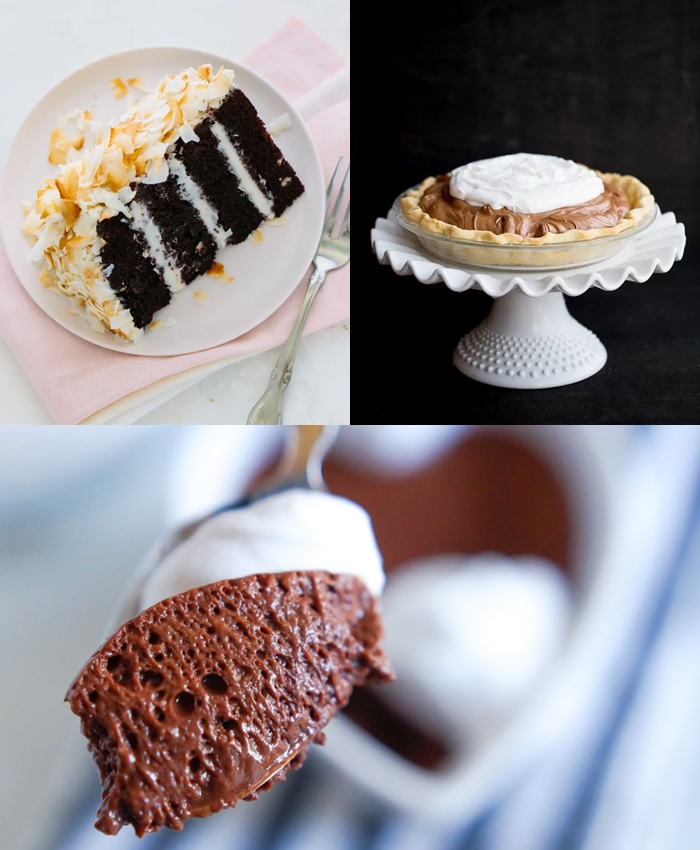 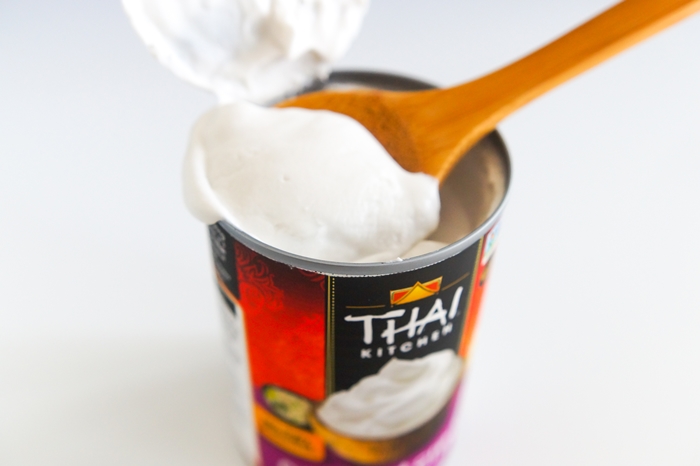 Jessica from How Sweet Eats showed us how to make whipped cream from coconut cream over on The Pioneer Woman. It's pretty ingenious and straightforward. My hint: buy a few cans from different brands when you do this. Some make better creams for whipping.

Both coconut cream and coconut milk are used frequently in dairy-free recipes. 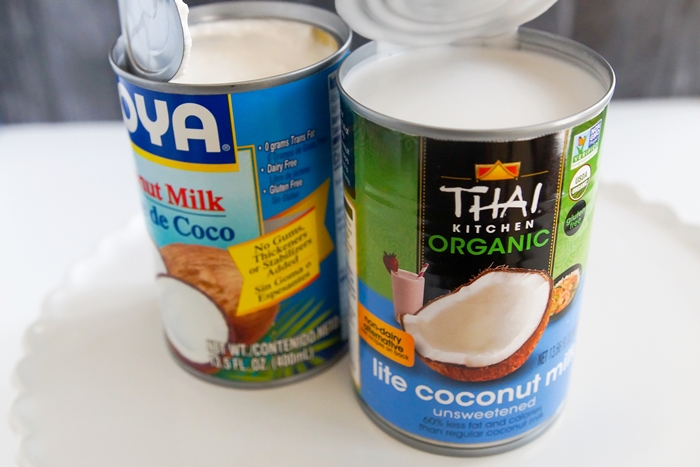 The cream in the milk can rise to the top, so you'll want to shake the can before using it in most cases. Don't use in place of coconut cream in a recipe as the result may be too watery. 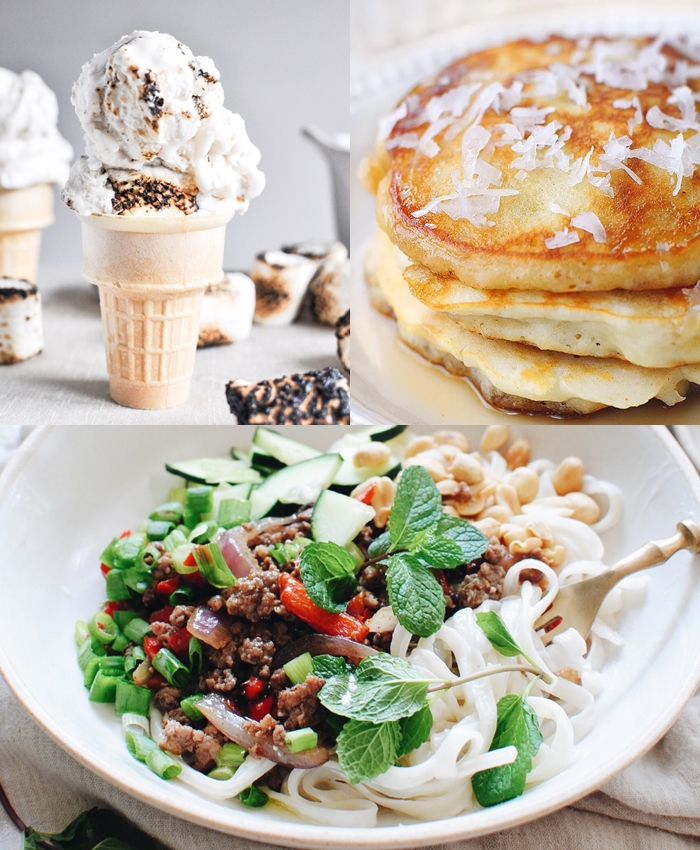