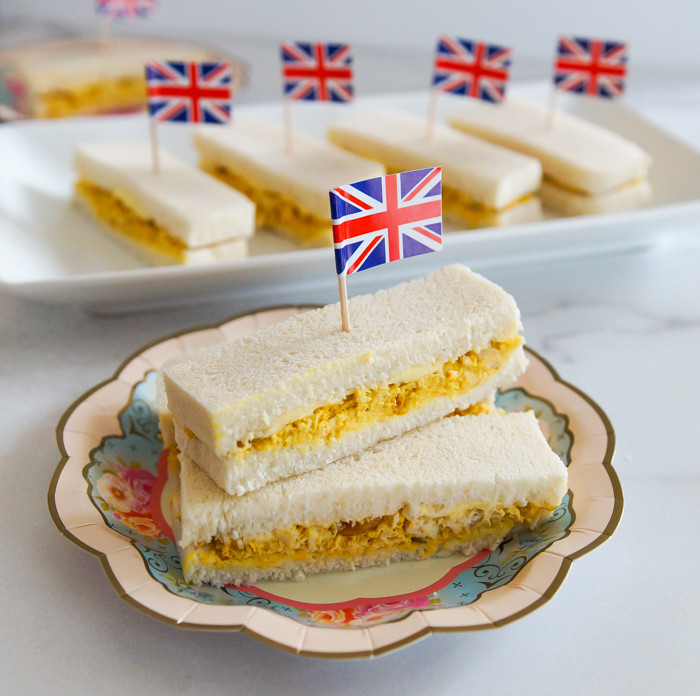 Is it odd to be posting a British recipe one week before the 4th of July? Maybe, but I stand by it. This is SO GOOD, you'll want to make it every week...maybe even ON the 4th of July.

*this post is sponsored by my friends at Imperial Sugar 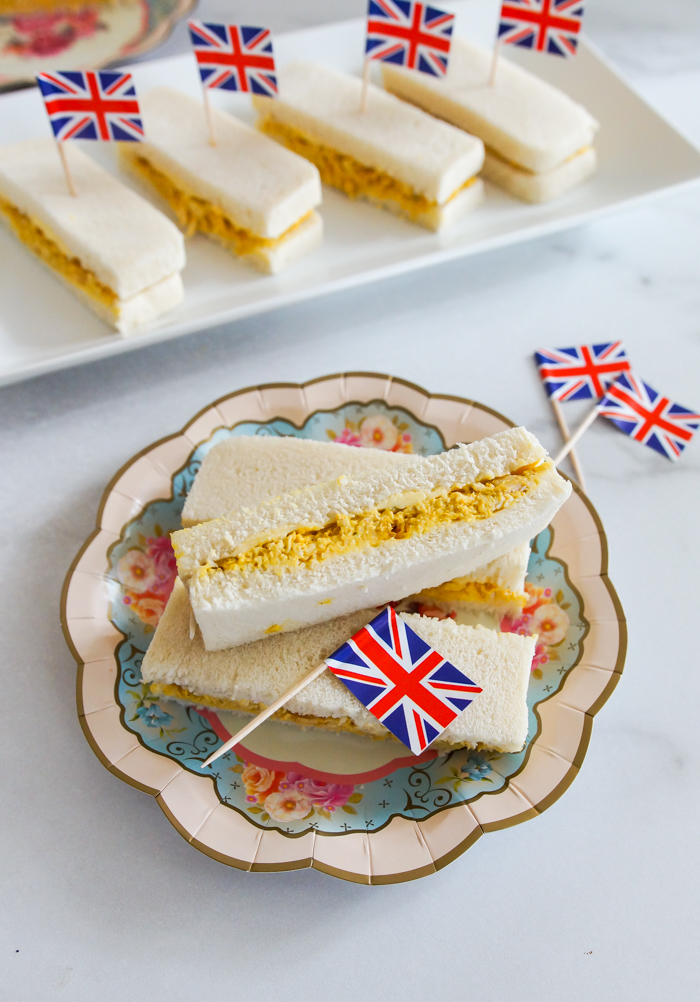 We visited the UK last month and loved it so much that I asked my husband and son if they could find jobs there. I was ready to pack up and move. Sure, I'd miss Trader Joe's and HEB, but I'd happily fill that void with concerts at the Royal Albert Hall and possible sightings of Kate Middleton. Oh, and TEA.

Of course, while in London, afternoon tea was a must. I've had so many people ask me where we had "high tea." Nowhere. We had "afternoon tea." They're not the same thing. Oh How Civilized breaks down the difference. 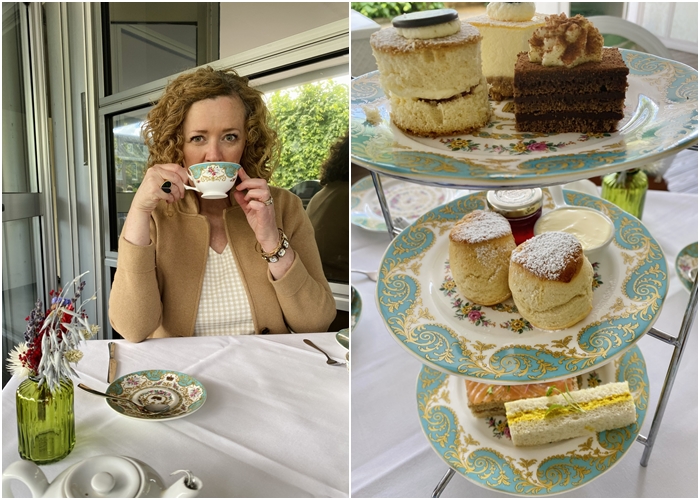 Anyhoo...we had afternoon tea at the Pavilion at Kensington Palace. And, yes, it was just as fabulous as it sounds. Even while under construction. The menu didn't break down specifically what we were getting, just that tea included a "selection of afternoon tea sandwiches, freshly made orange-scented scones, served with luxury clotted cream & jam, and a selection of fine afternoon tea cakes."

Our favorite sandwich was one we pegged as "curried chicken salad" but didn't realize until afterward that it was actually what's known as Coronation Chicken.

Coronation Chicken was created for the Coronation luncheon for Queen Elizabeth II in 1953. Coronation Chicken Salad is still served today as a filling for tea sandwiches or on its own. Flavors of curry and spices are balanced with sweet golden raisins and a little sugar that makes this dish, well, fit for royalty. 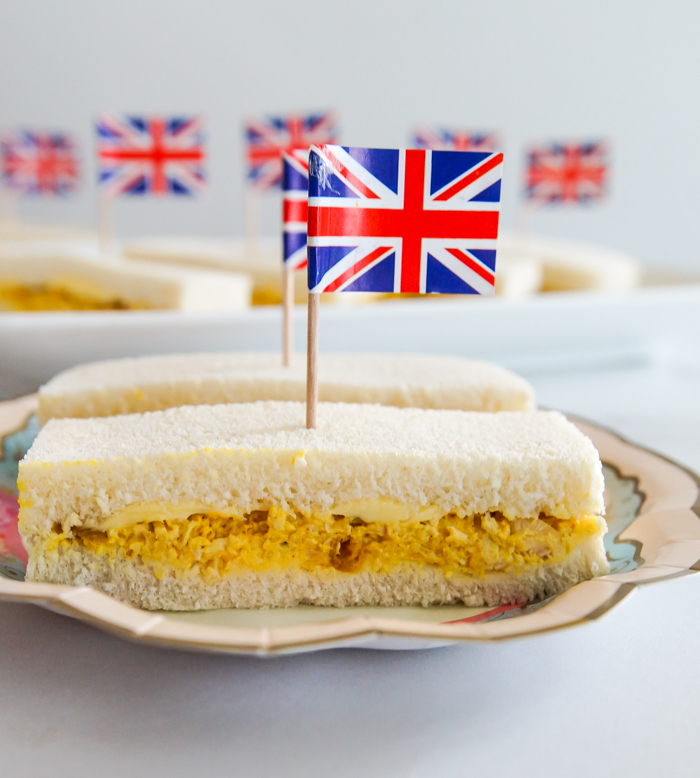 First things first, you'll want to make this hours or even a day ahead of enjoying it. So, it's a perfect make-ahead dish. This would be so sweet to make for a bridal shower.

OK...roast up some chicken breasts and let them cool. 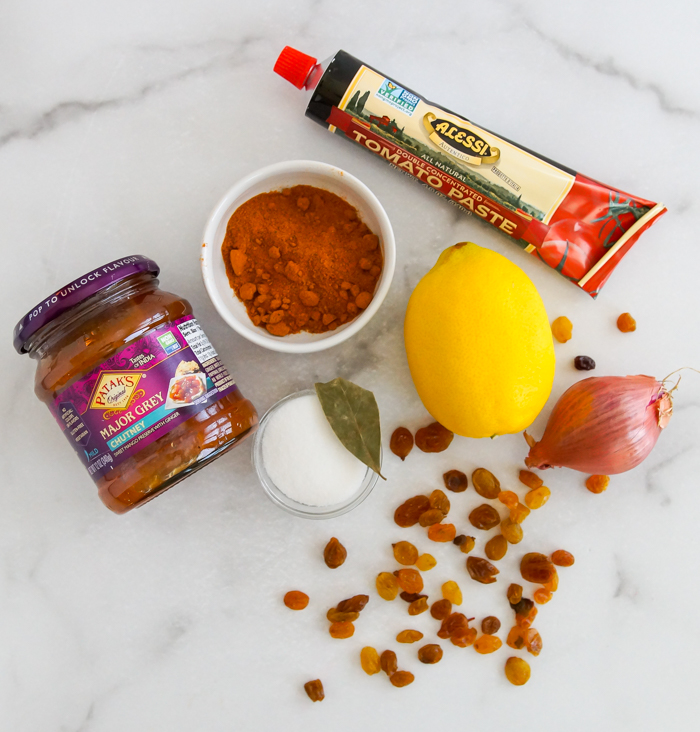 Meanwhile, you'll do two things. You'll make the curry/mango chutney sauce and plump some golden raisins in sweetened water. Plumping the raisins will keep them soft in the salad. Don't freak out about adding raisins - they're essential. 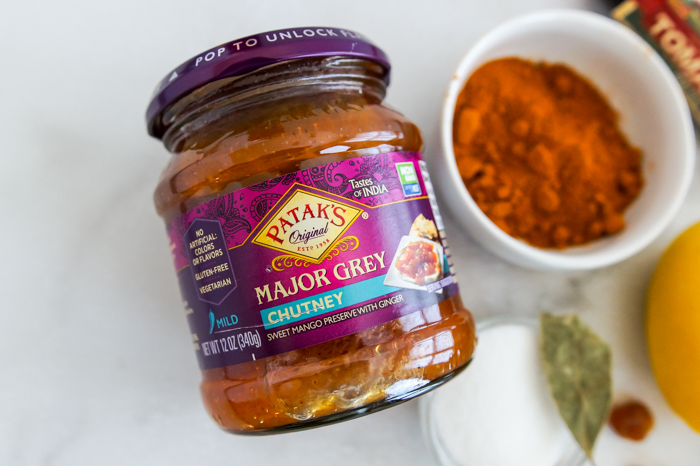 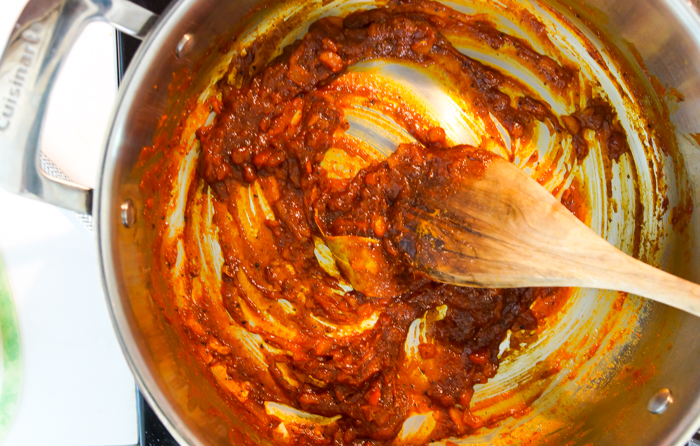 The sauce comes together easily and doesn't look like much, but it packs a punch! 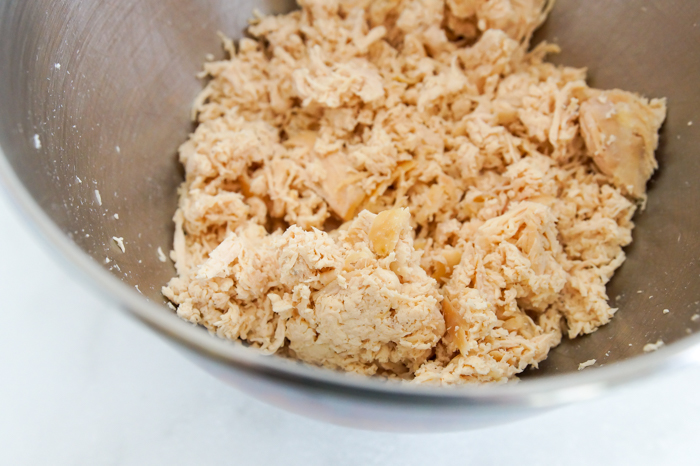 Once the chicken is cooled, shred it well. Especially if you're using the chicken salad for tea sandwiches. Cut the cooled chicken into 4 pieces crosswise, then shred using your stand mixer and the paddle attachment. 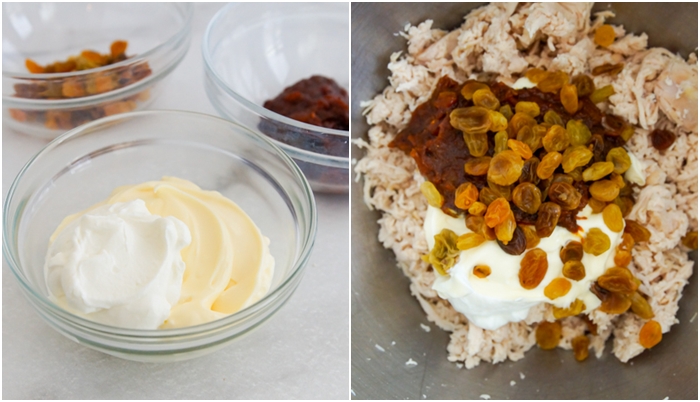 To make the tea sandwiches, start with thin, crustless white bread. If you can't find crustless, make the sandwiches first, then cut the crusts off. 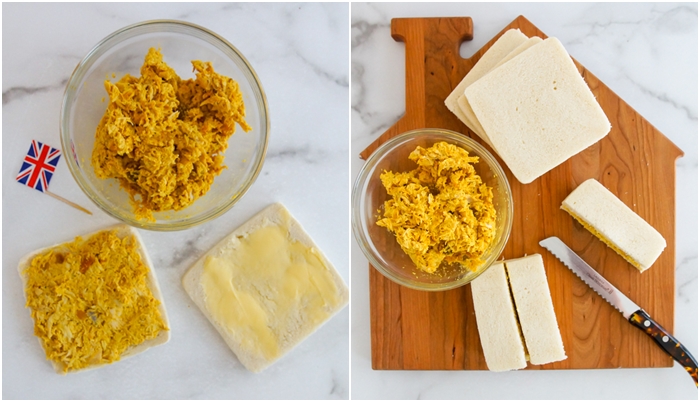 Start by spreading softened butter onto what will be the insides of the sandwich. This will help the tea sandwiches stay together when cut. Plus, it tastes fantastic. Y'all. Every sandwich I had in the UK was made with buttered bread. America, we're doing it wrong!!!

[If not making tea sandwiches, serve this over a bed of greens, in an avocado half, a brioche bun, or in pastry cups. It's so versatile!] 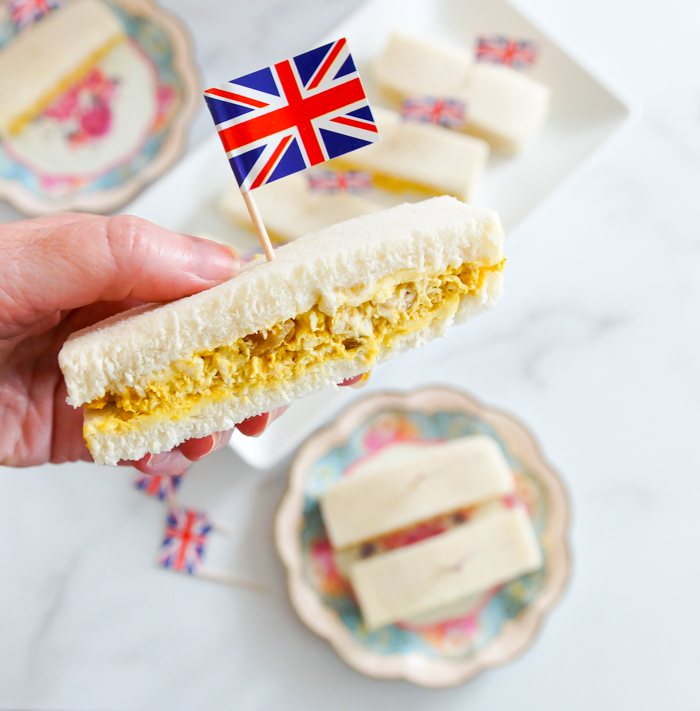 Make some tea and enjoy! Pinkies up!

Get my full (and printable) recipe for Coronation Chicken Tea Sandwiches over at Imperial Sugar.

Cheerio! And cheers to the Queen's Jubilee!