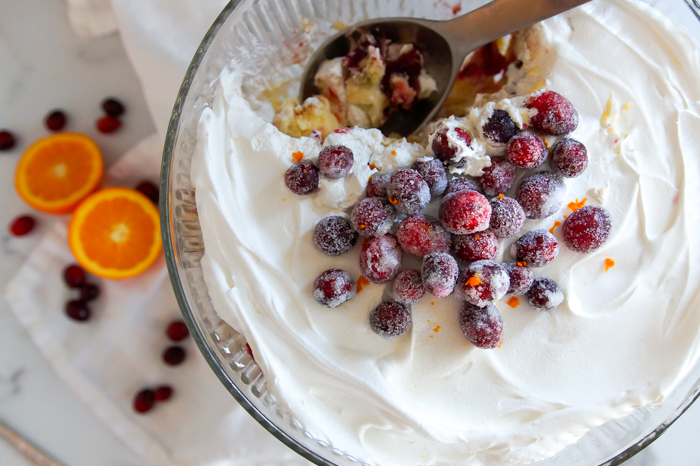 Would you like a holiday dessert that isn't pie?!? A dessert that will have people coming back for seconds...and maybe even thirds? A dessert that can be prepped ahead of time and feeds a small army? I have just the recipe for you - Cranberry Orange Trifle.

*this recipe was developed for my friends at Imperial Sugar 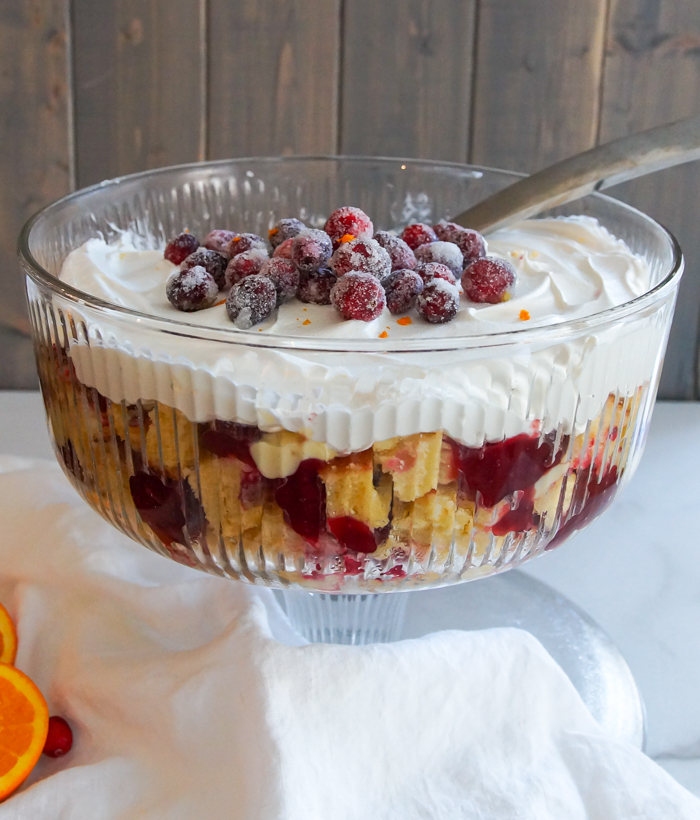 So, what is a trifle anyway?

A trifle is a layered dessert, typically consisting of cake, egg custard, jam, and topped with whipped cream. Trifle recipes traditionally include a bit of booze as well. Sherry is the usual spirit of choice in an English trifle.

In America, you'll frequently see the custard layer swapped for pudding and the cake for brownies. Jam is often exchanged for fresh strawberries. 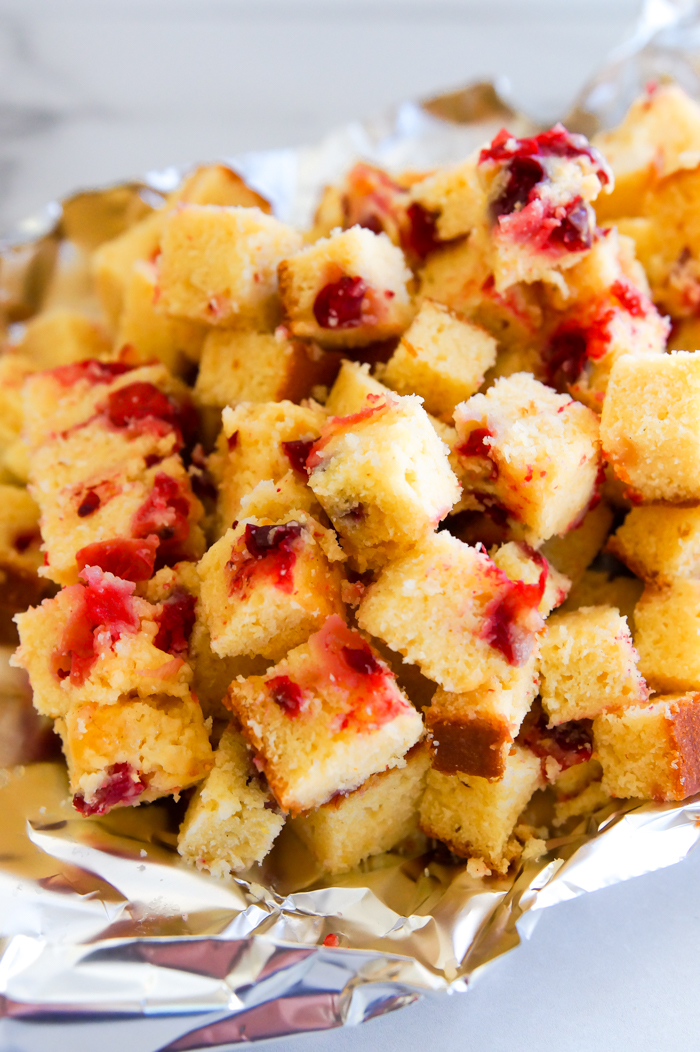 Our cranberry orange trifle has a few components. Most can be made ahead then assembled. Even the assembly is done ahead of time - the trifle magic happens in the fridge - so no baking or fussing is going on while your guests are waiting. 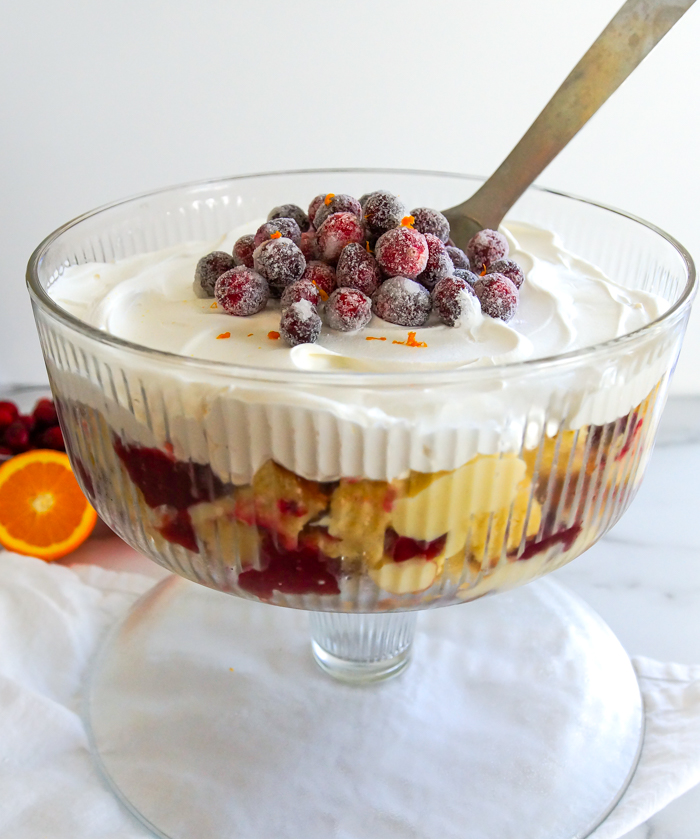 It looks like a lot, but it really is a joy to make a trifle when you make a plan and take your time. 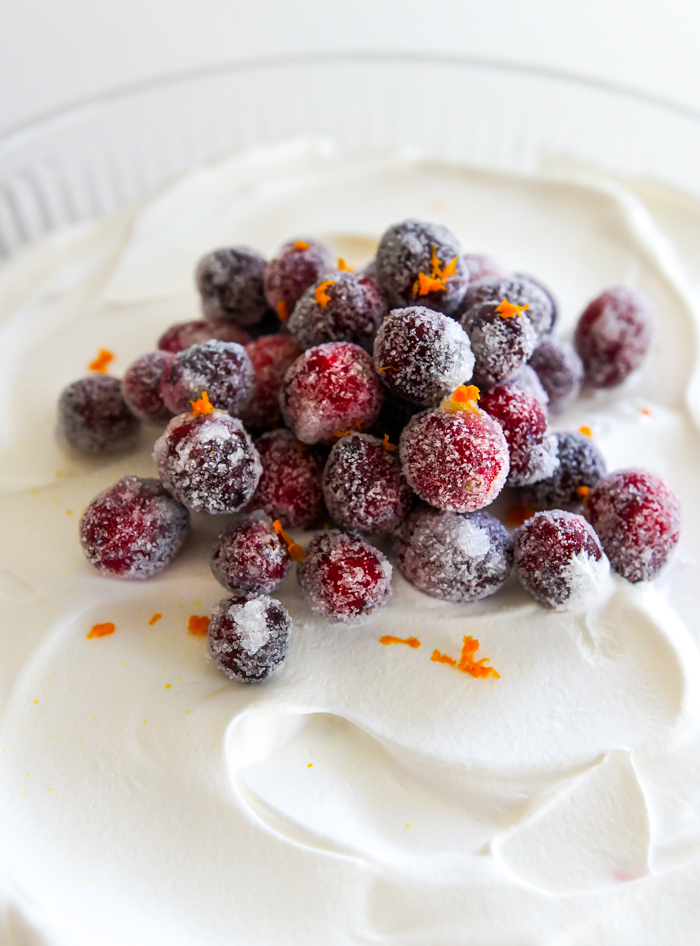 But, can I use real whipped cream instead of whipped topping?

You can, BUT whipped topping holds up so much better to the resting that the trifle needs. It won't split or curdle...and the silky texture works so well with the other pieces in the dessert. Use Cool Whip or something like dairy-free CocoWhip. Either is great. 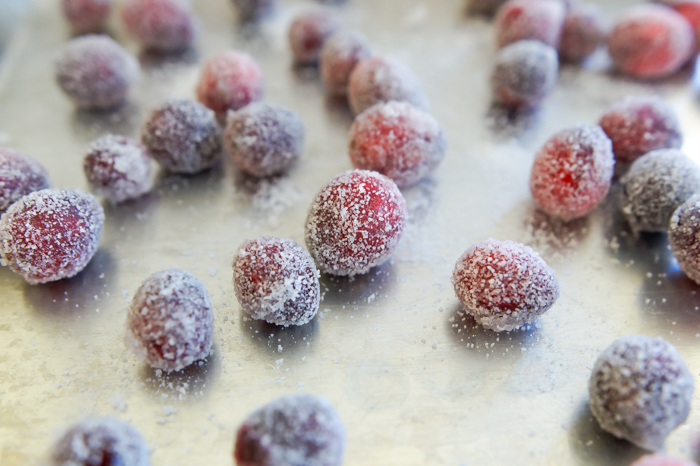 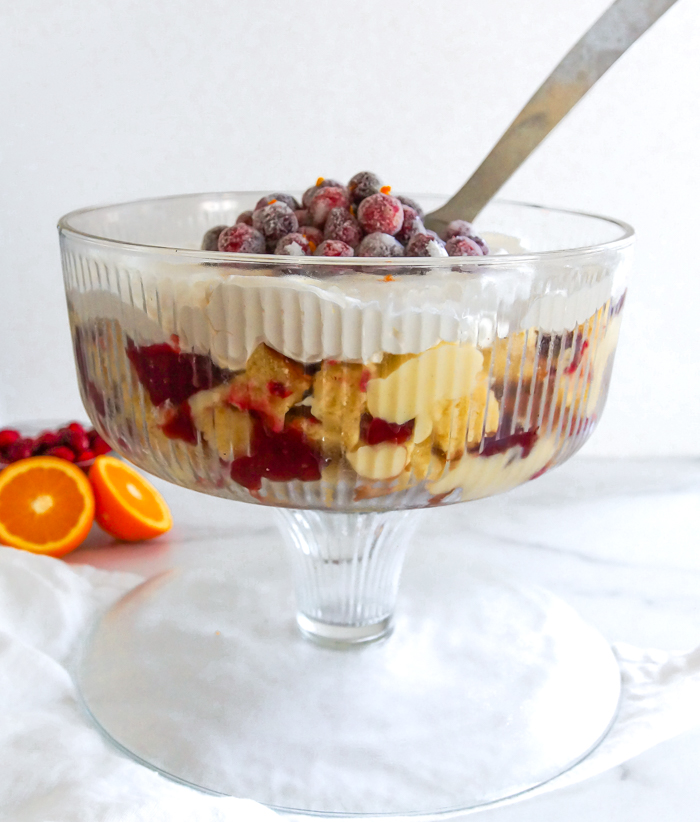 Cranberry Orange Trifle is an absolute hit with kids and grown-up alike. Add it to your Thanksgiving or Christmas dessert table for an unexpected cool, creamy, tart, and fresh treat! Sorry, pie!
I'm sharing my recipe for Cranberry Orange Trifle over on Imperial Sugar.
The recipe includes all of the components: cake, pastry cream, sugared cranberries - the works. I'll walk you through making it and the assembly. Let's go!
Facebook Twitter Telegram