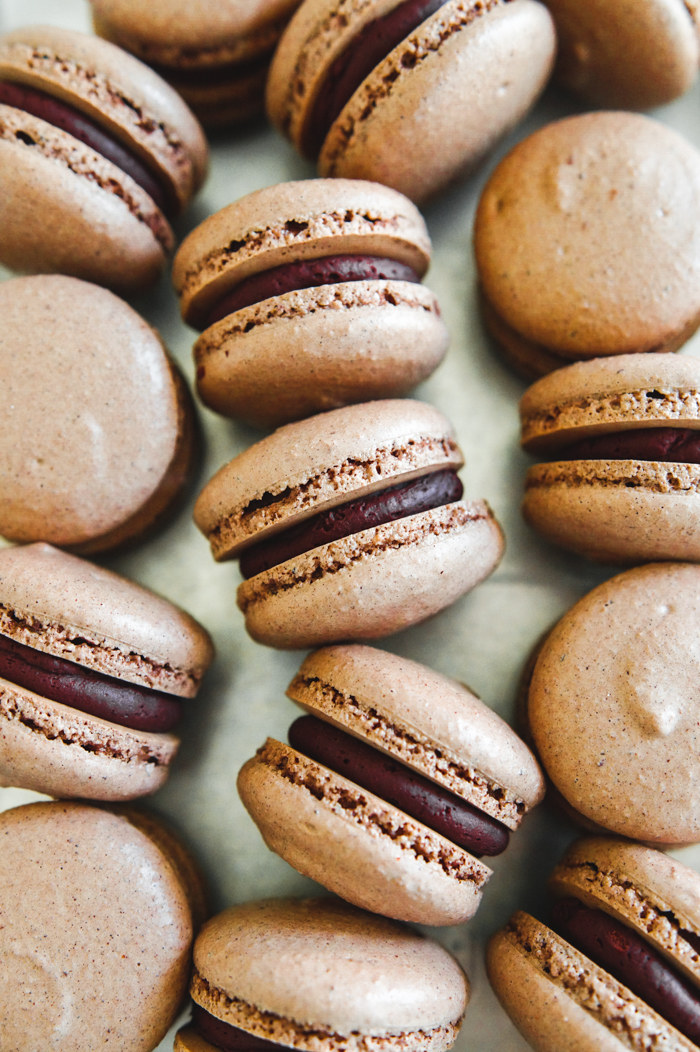 Guys. Guys. GUYS!!!!!!!!!!!! I know I say certain recipes are my favorite, and I genuinely mean it, but I'm going to say it again. These Mexican Chocolate Macarons are my absolute new favorite. 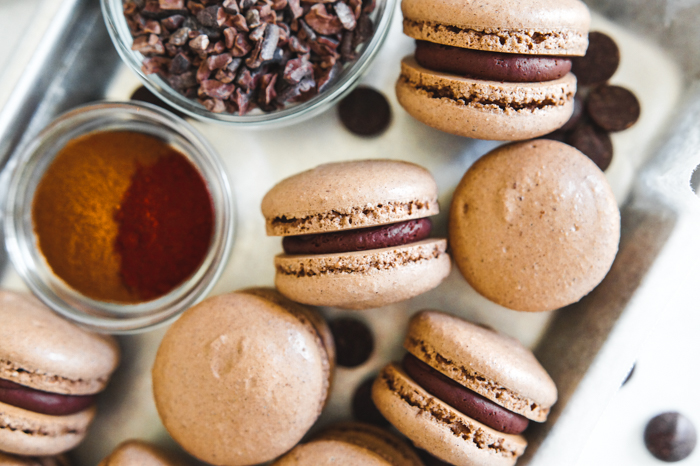 Inspired by Mexican Chocolate, these Mexican Chocolate Macarons have that classic crisp shell and chewy interior. Both the rich chocolate filling and the macaron shells are flavored with warm spices. Macarons are best when made the day before enjoying, which makes them perfect for dinner parties or giving.

*this recipe was developed for my friends at Imperial Sugar. 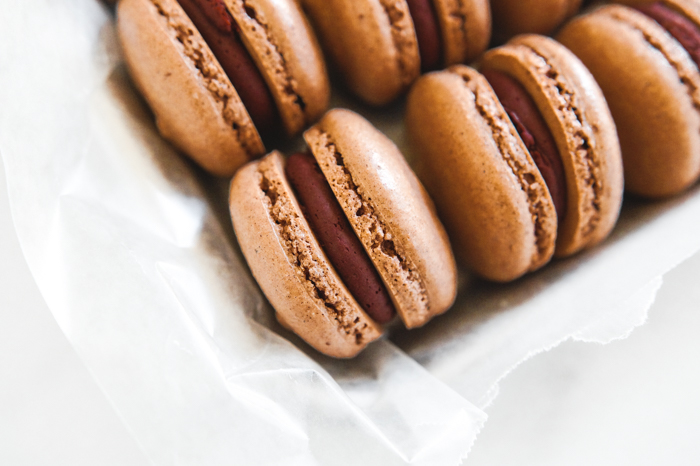 Before you think that they're too fiddly and you can't make them, I'm here to tell you a secret. They're actually pretty EASY to make and not as tricky as everyone says. They take a lot less time than decorated cookies; I know that for sure!

Oh, and don't let anyone tell you that you can't make macarons when it's humid outside (I live in muggy, damp, sauna-like, awful-for-curly-hair, humid Houston) or that your egg whites have to be aged for several days. Hogwash. Baloney. Don't be scared. 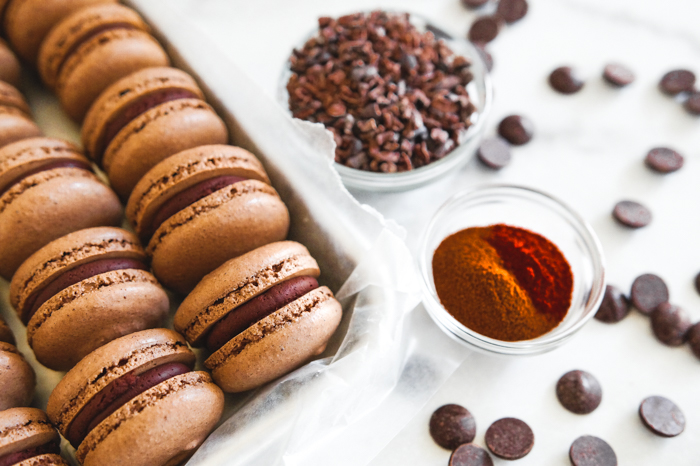 How do you pronounce "macaron?"

Y'all. It's not "mac-a-roon." It's "mac-a-rawn." Macaroons are those puffy coconut cookies. Macarons are French almond meringue cookies sandwich cookies. So, let's review. The proper pronunciation of macaron is "mac-a-rawn." Gold star!

What is Mexican Chocolate? 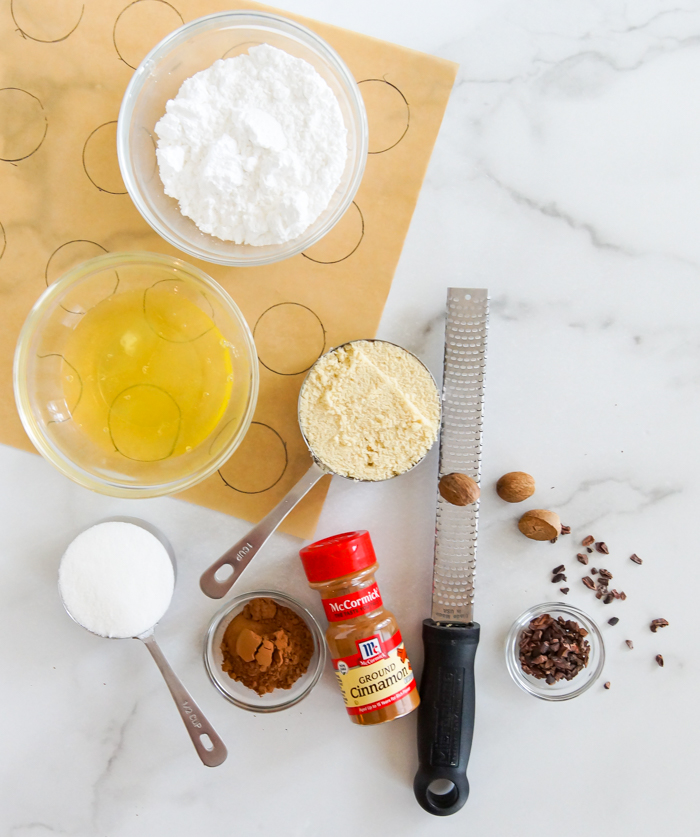 Because I was unsure how easy or difficult it would be to find Mexican chocolate, I made these with a nod to Mexican chocolate flavors. According to Fine Cooking, Mexican Chocolate is "made from ground roasted cacao nibs, sugar, and cinnamon, it has a slightly granular texture and a distinctive spiced flavor." It can also include ground nuts, chiles, and other spices like nutmeg or allspice.

For the macaron shells, I used cacao nibs, cinnamon, nutmeg, and cayenne, along with cocoa powder. 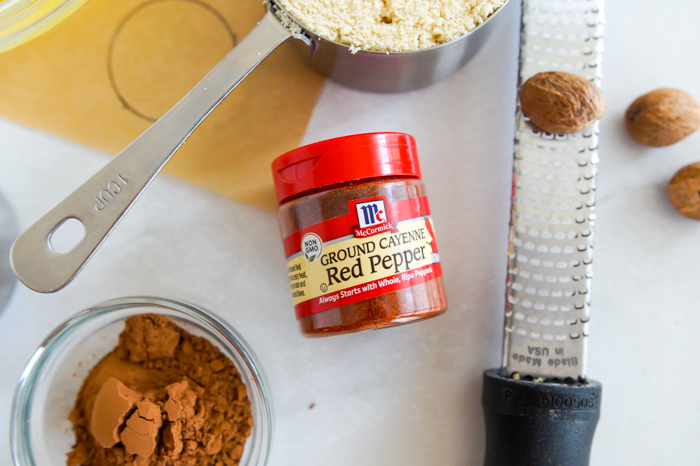 The chocolate filling is also spiced with cinnamon and just a bit of cayenne.

The small amount of cayenne doesn't make the cookies spicy but leaves a lingering sparkle on the tongue that makes you think...what WAS that magic?!?

How to Make Mexican Chocolate Macarons 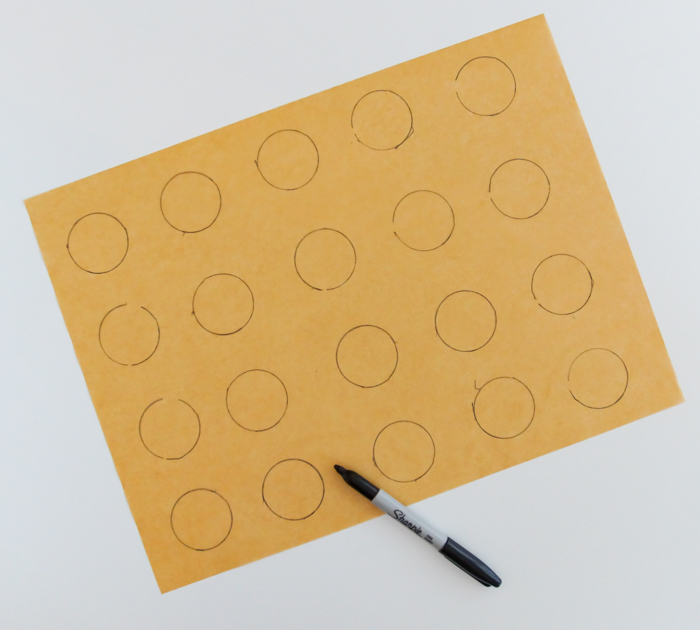 You'll start by making a template for piping your mac using a 1 1/2" cookie cutter. Be sure to flip the parchment paper over before piping the batter. 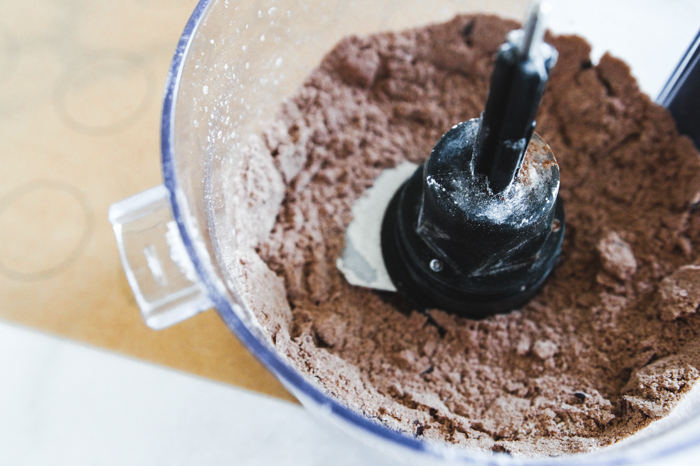 Everything but the eggs and granulated sugar gets a spin in the food processor and then sifted. 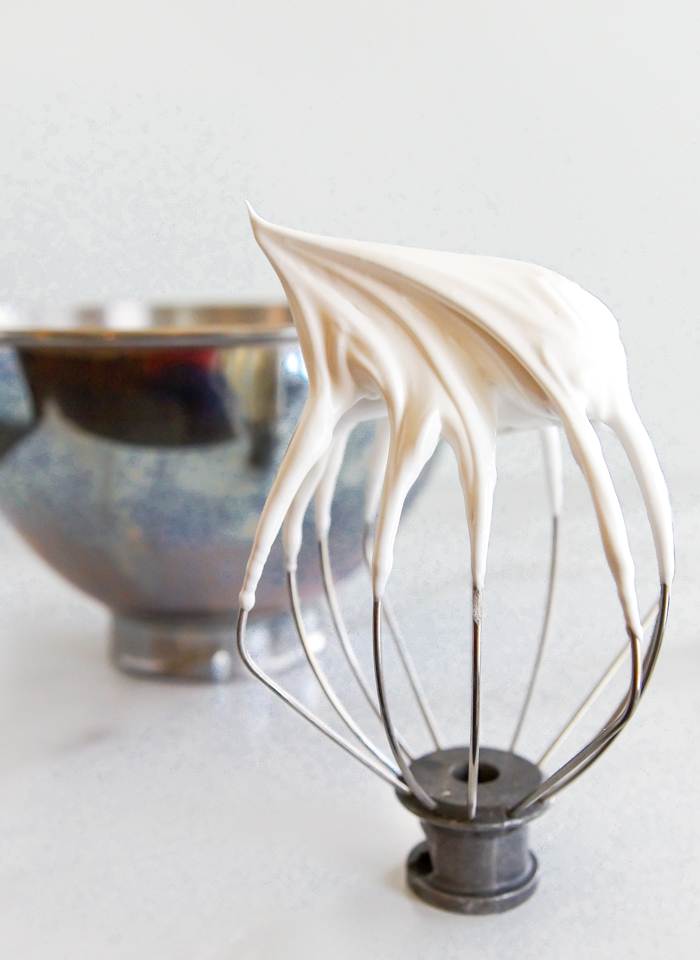 You'll whip the eggs and sugar until stiff peaks form. Meaning, the mixture will look like Conan O'Brien's hair and won't lose its shape when wiggled. 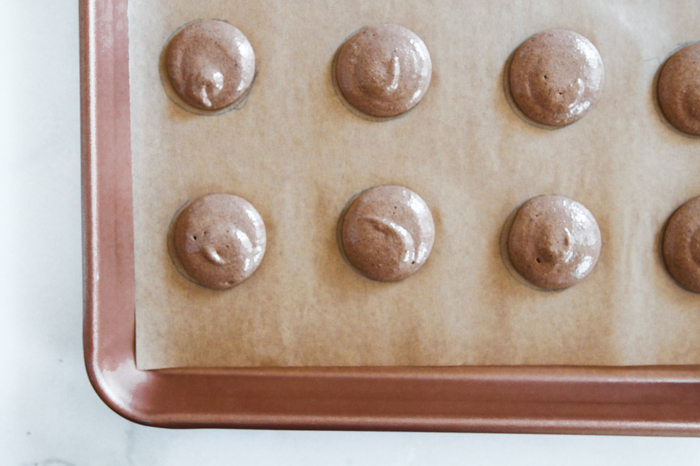 These two mixtures get folded together to make the batter. Pipe onto the prepared template.

How can you tell when macarons are done? 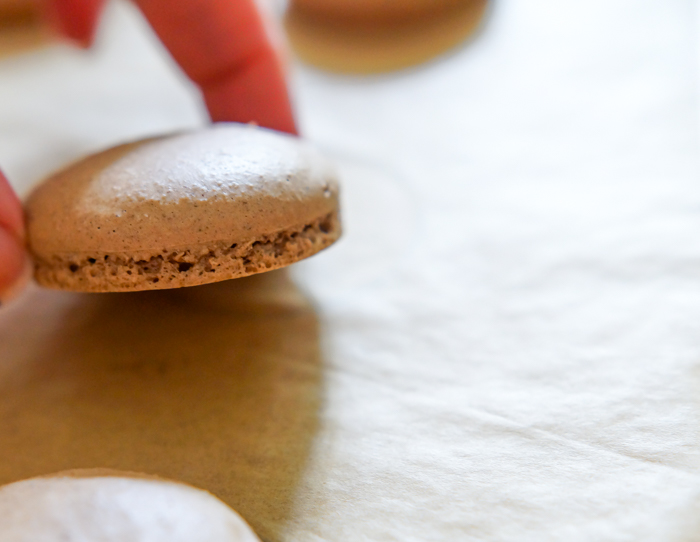 Perfectly baked macarons will have a crisp shell and will lift easily from the parchment right out of the oven. You'll want them to cool on the cookie sheet, but test to see if one or two will lift to ensure they're properly baked. 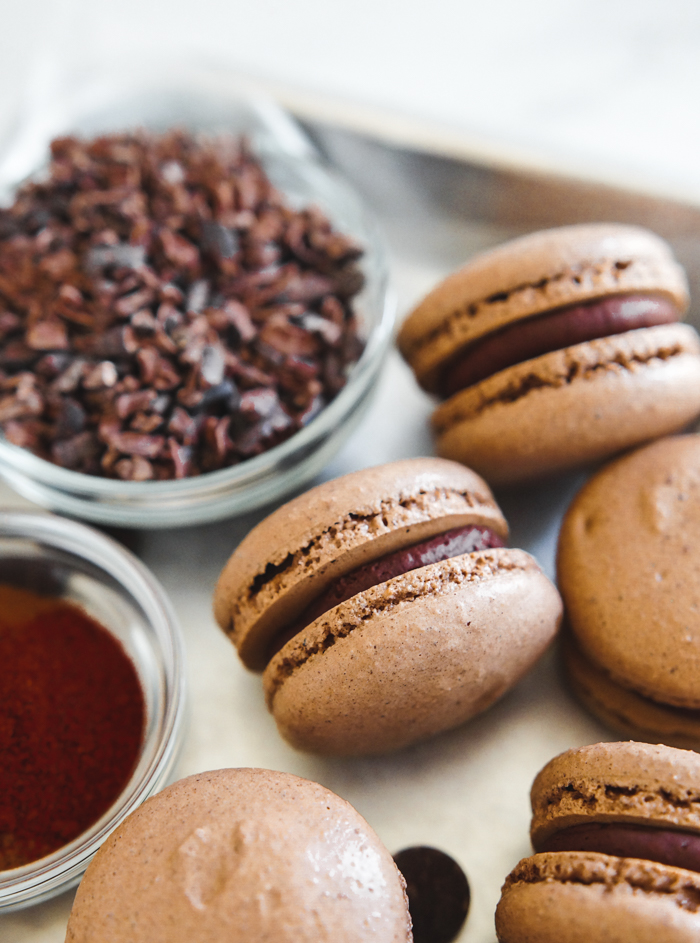 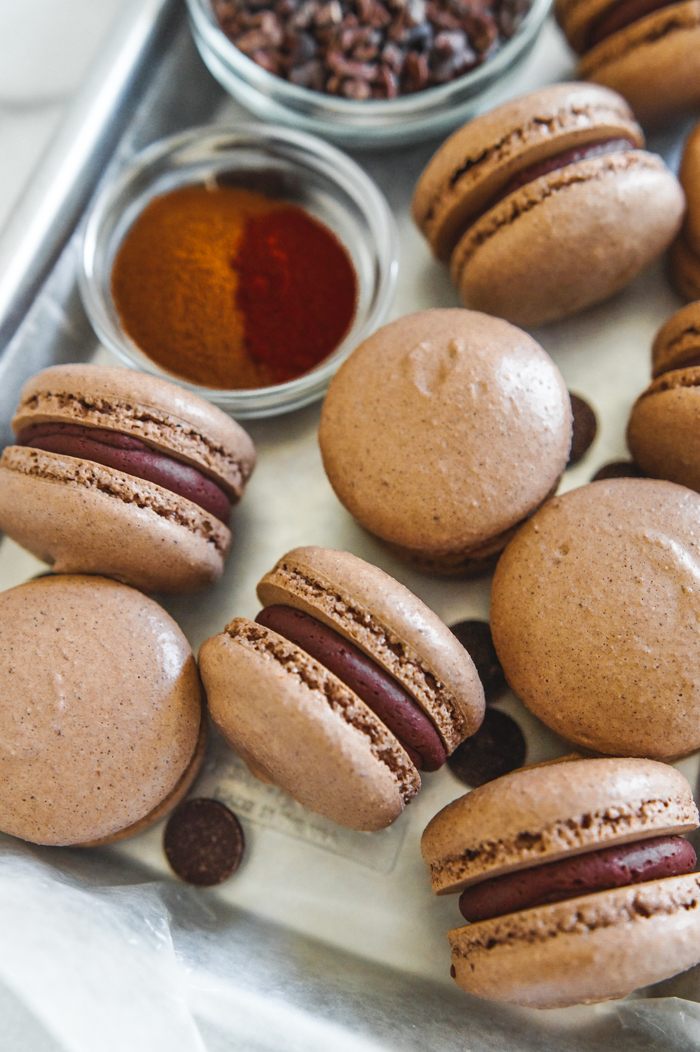 Once cooled, you'll make them filling and, well, fill them. The filling is super easy to make, super luscious to eat, ganache of sorts made from bittersweet chocolate chips, cream, cinnamon, cayenne, salt, and vanilla.

Macarons taste best when they're made at least a day ahead of time and stored in the refrigerator. They'll keep well refrigerated for a week or so and can be frozen for up to 3 months. 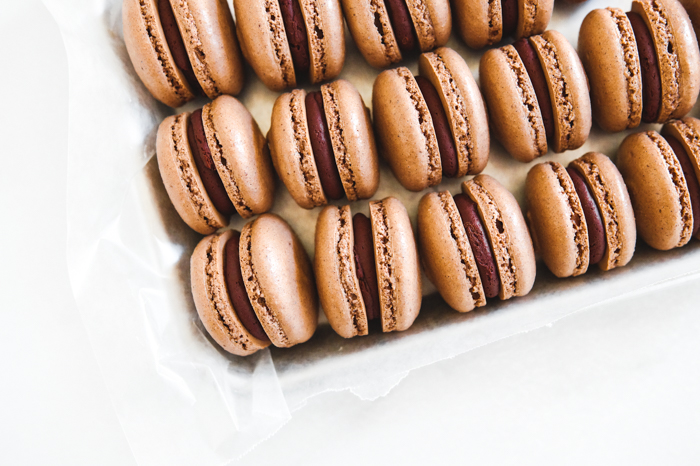 I'm sharing my recipe for Mexican Chocolate Macarons over on Imperial Sugar.

Grab the recipe, make them, and tag me (@bridget350 and @imperial_sugar on Instagram)! We want to see your macs!