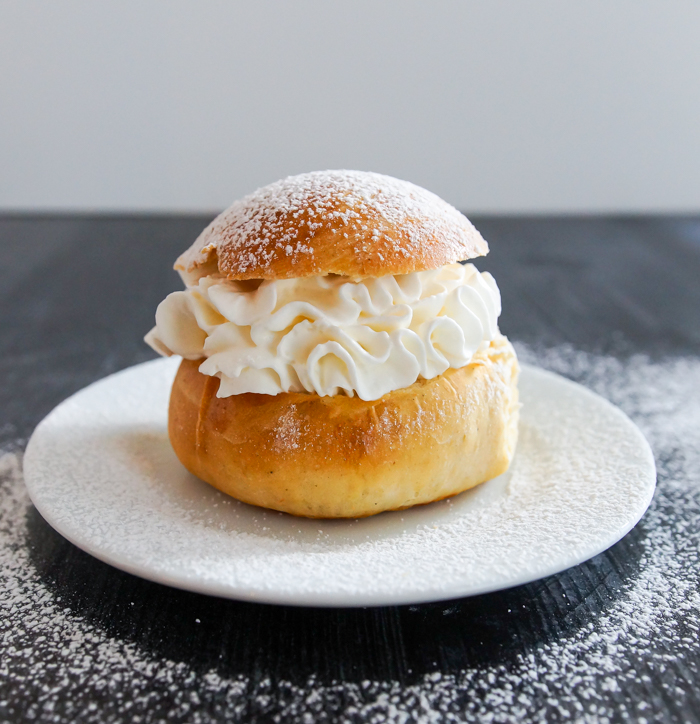 *this recipe was developed for my friends at Imperial Sugar 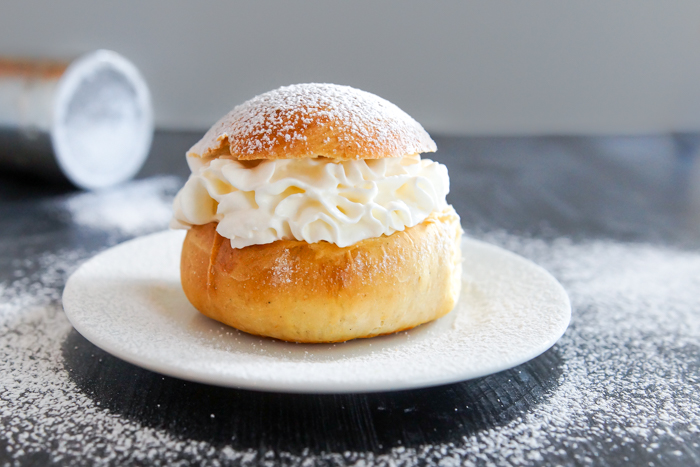 Oh, yes. This Swedish Semla is making alllllll of my dreams come true. Semlor (that's the plural of Semla) are traditionally served the last day before Lent, Fat Tuesday. Although, in reading about this confection, it sounds like now they're made from Christmas through Fat Tuesday. I think a trip to Sweden is in order to properly investigate!

What exactly IS a Semla?

A Semla is a soft cardamom bun filled with almond paste and whipped cream. The buns (semlor) are dusted with a flurry of powdered sugar. Fluffy, not-too-sweet, and oh-so-satisfying. If you're giving up dessert for Lent, this is a great last hurrah! 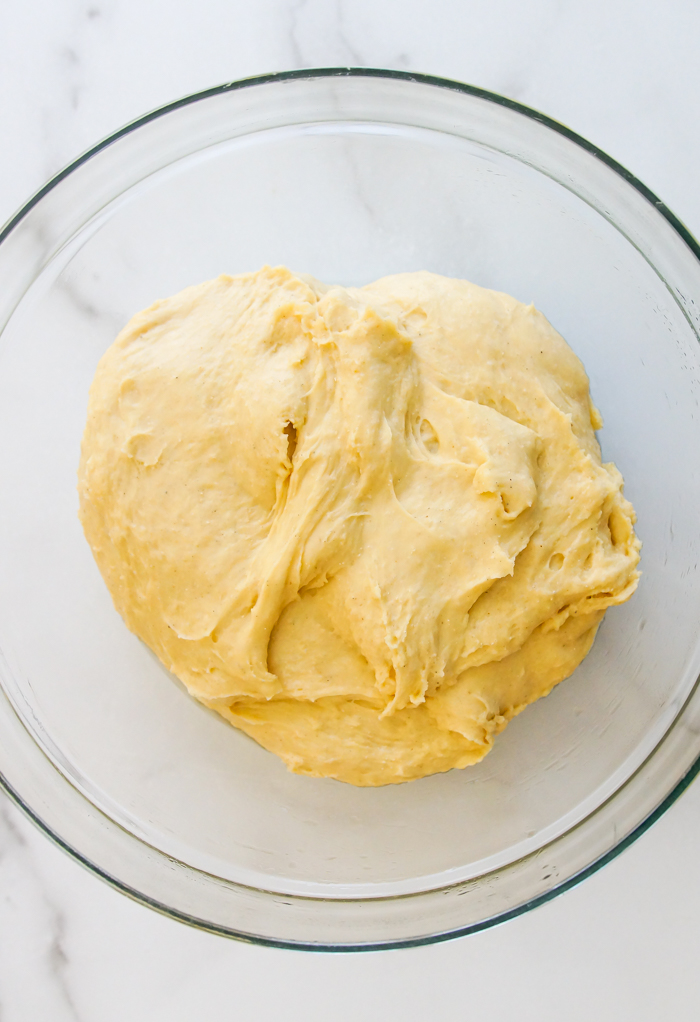 First, you'll need the cardamom dough. It's a simple dough with eggs and yeast - fluffy and rich-tasting. That cardamom will make your home smell heavenly. 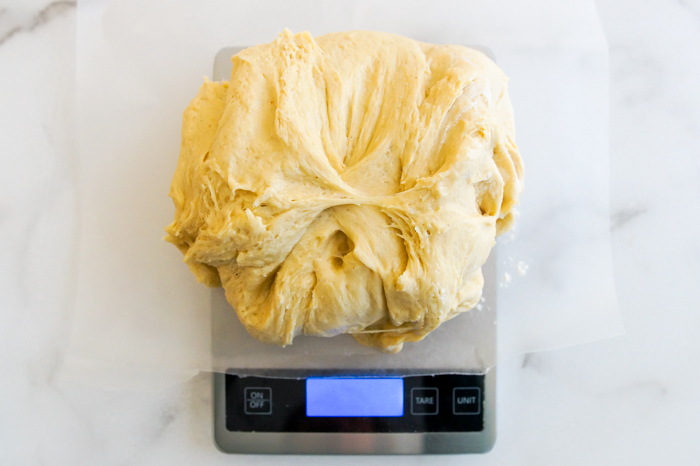 Let the dough rise...it won't get super poofy. Punch it down gently and weigh it if you have a kitchen scale. Divide that number by 12 (or 16 if you want smaller semlor), and weigh out portions for the buns. Of course, you can eyeball this without a scale.

To eyeball the dough, I like to start by dividing it in half and then into quarters...then start making the balls of dough. 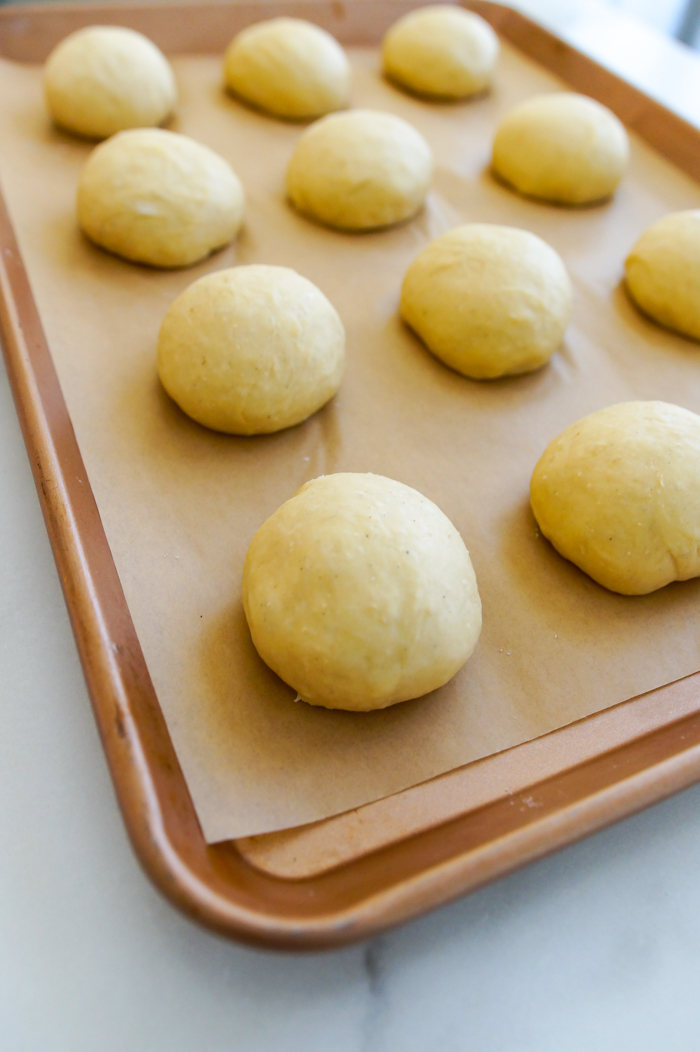 Cover the dough and let the buns rest and rise... 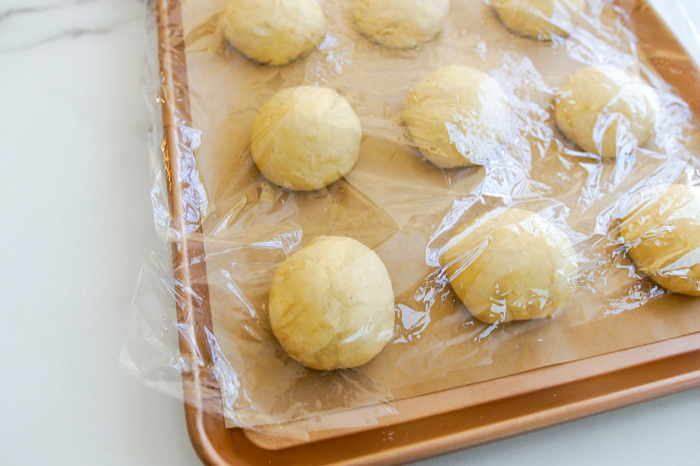 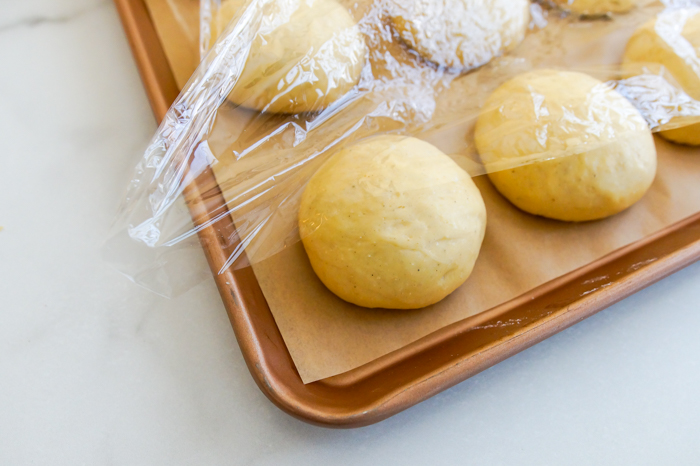 ...here they are after the rise. You can see they're a bit puffed but not gigantic. 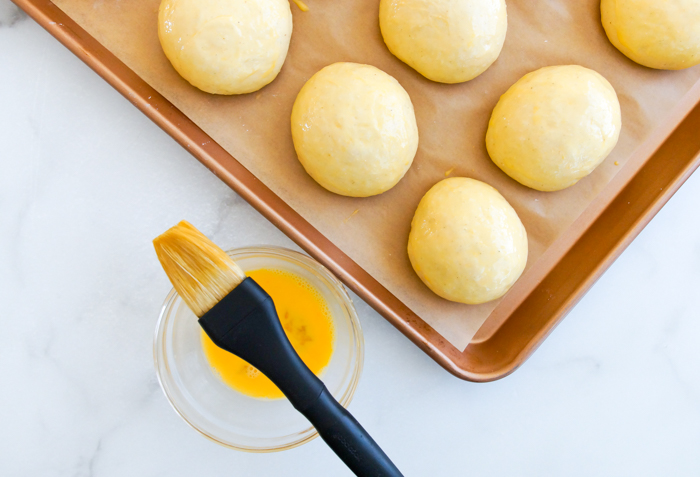 Brush with egg wash because we want that golden color on the buns. Who doesn't love golden buns? 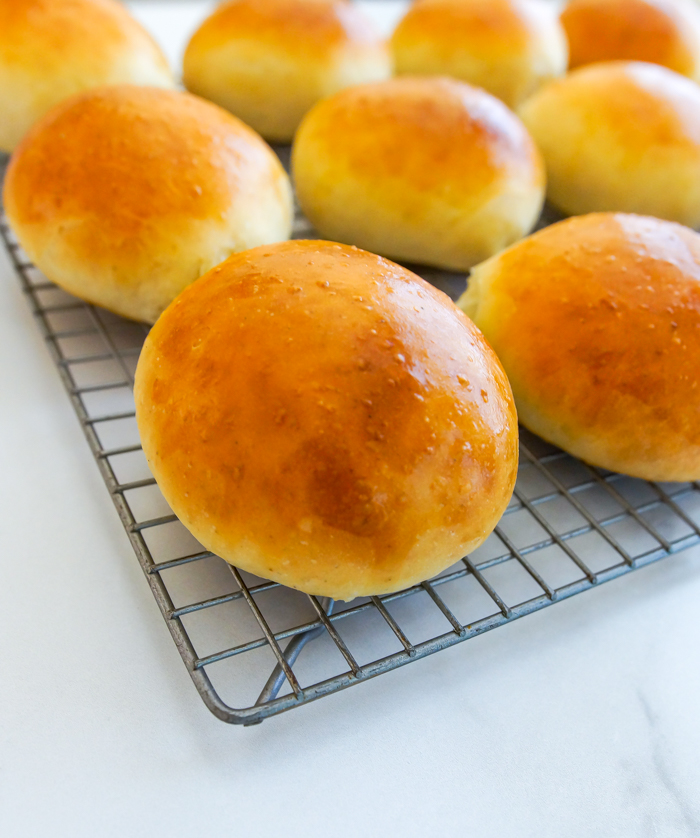 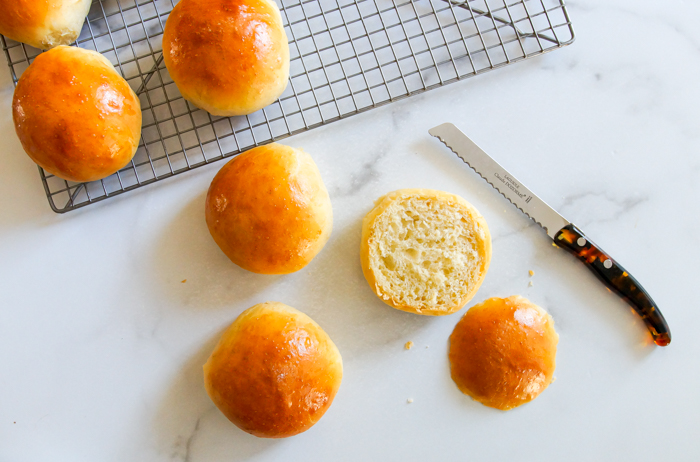 Once the buns cool, you'll slice off the tops and tear out some of the insides to make the almond paste filling. I'm a sucker for almond paste. 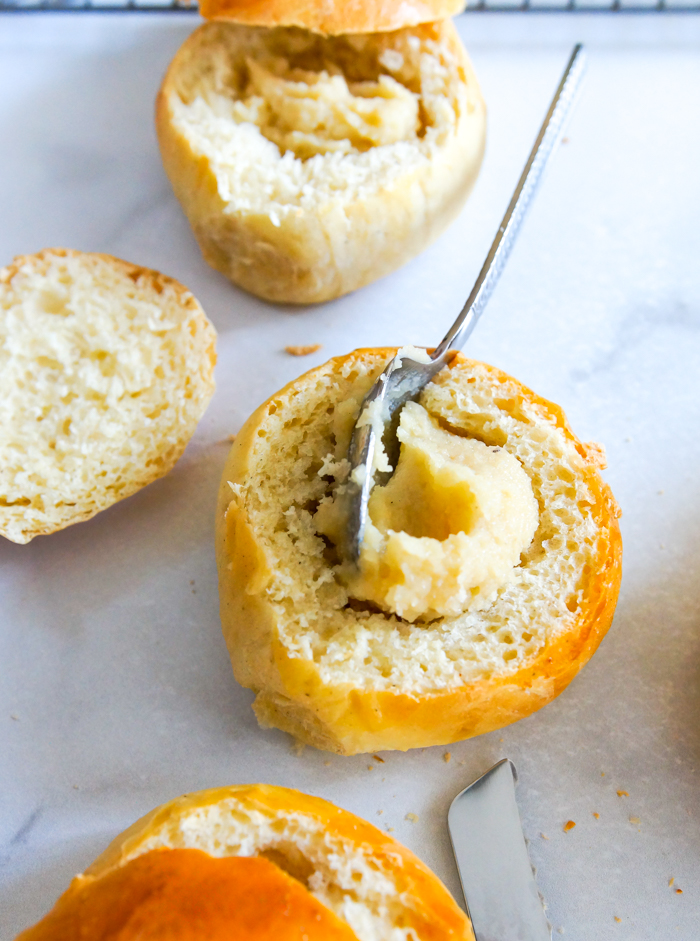 Fill the buns with almond paste. 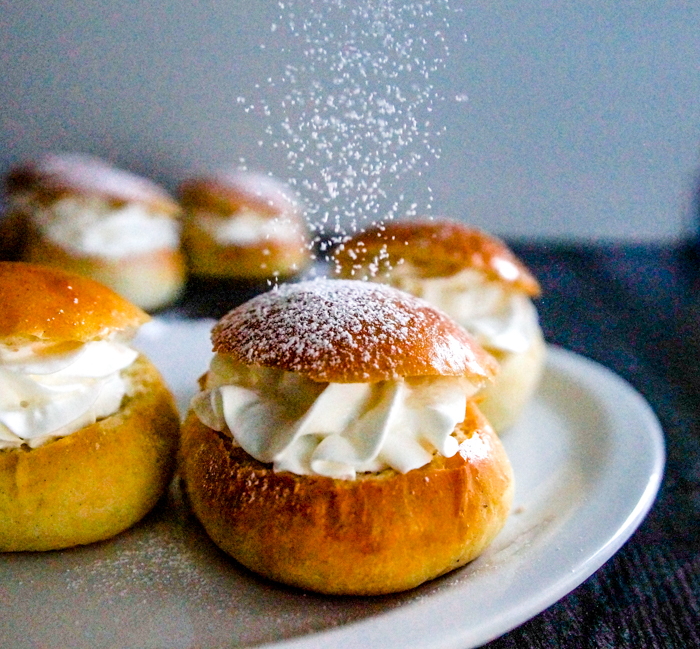 Top with whipped cream. Use a large star tip or a whipped cream canister to make the cream look fancy! Stop and swoon for a minute. 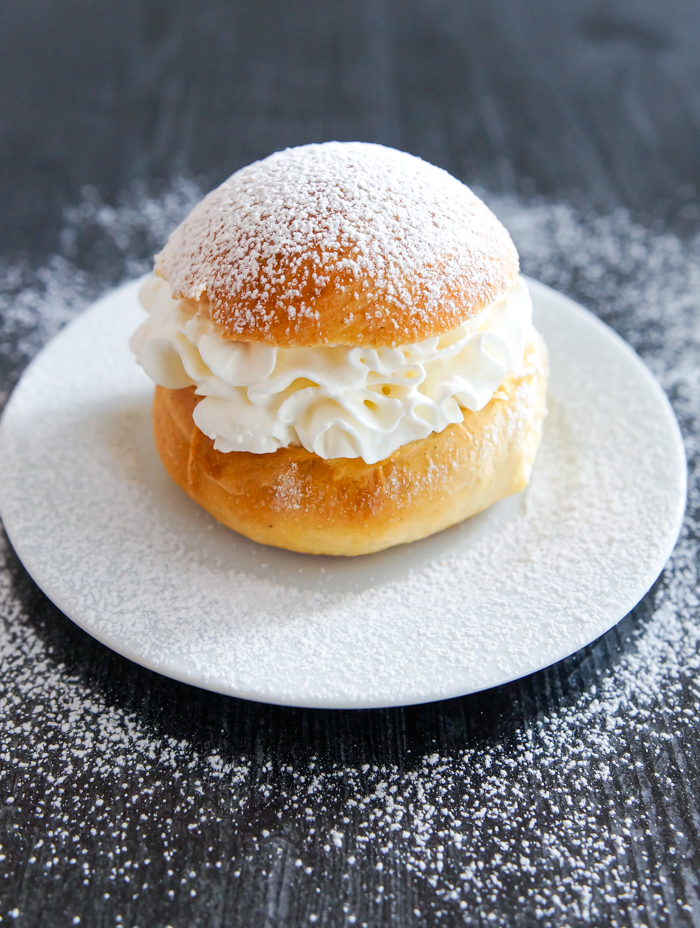 Sweden, I think you're onto something.

Find the full recipe for Swedish Semla over on Imperial Sugar today! 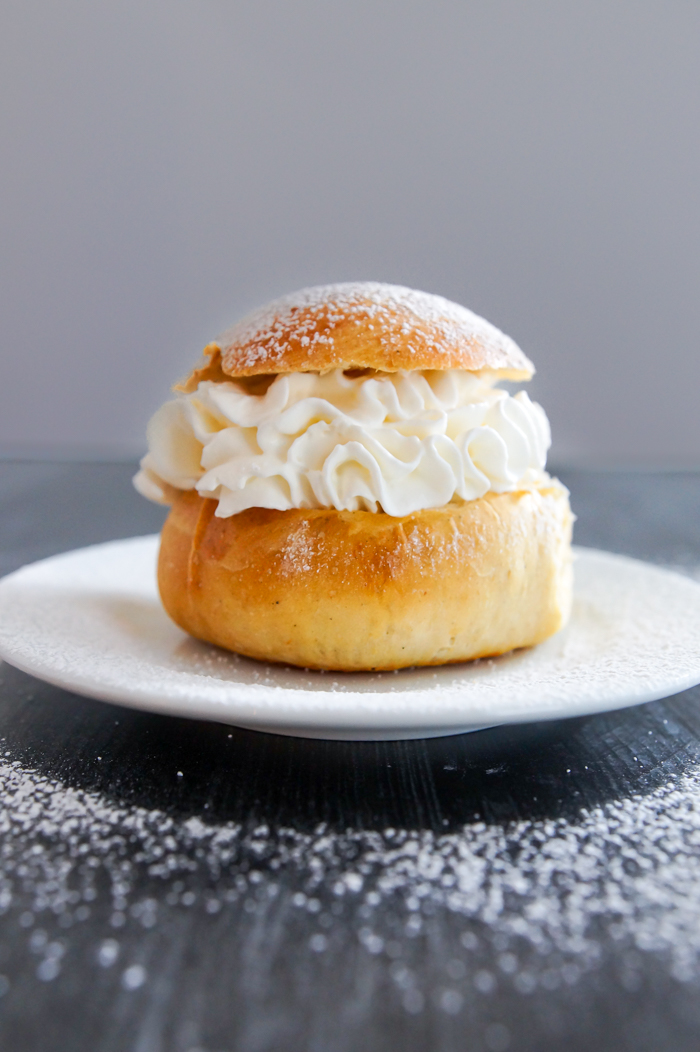